What to expect in the coming years for Hairy Cell Leukemia therapy landscape? 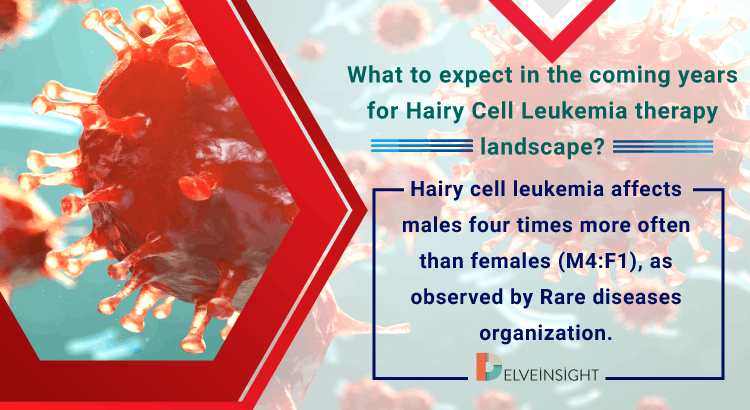 Hairy cell leukaemia abbreviated as HCL is a rare form of progressive leukaemia which accounts for one to two per cent of all cases of adult leukaemia. HCL results in an uncontrolled number of B-cells or lymphocytes in the bone marrow. The leukaemia is called so due to the ‘hairy’ appearance of the excess B-cells under the microscope. Hairy cell leukaemia results in an enlarged spleen (splenomegalia) but without an increase of lymph nodes. The other symptoms include fever, night sweats, fatigue, easy bruising, weight loss and reduced number of blood cells and platelets.

Cancer occurs when there is a defect in the normal genome of the person. Similarly, it is believed that specific errors in the DNA might be a cause behind the loss of the ability of bone marrow cells to produce a controlled number of B-cells.

However, the exact cause is still unknown according to the Hairy Cell Leukemia Foundation. The possible causes along with genetic mutations can be exposed to pesticides, herbicides and petrol or diesel fuel.

Literature suggests that most patients survive for ten years or longer with the disease. As per the Cancer Research U.K., around 90% of the patients will survive for five years or more after the diagnosis. DelveInsight estimates that the total Hairy Cell Leukemia incident population in the 7MM was 2,364 in 2017. Out of which, there were 755 diagnosed incident HCL cases reported in the U.S.

Chemotherapy is the backbone Hairy Cell Leukaemia treatment market and is usually effective at destroying the cancerous cells. The two main chemotherapy medications used are cladribine- administered as either an injection under the skin or through a drip infusion. Another medicine used is pentostatin, which can be only be given as an injection intravenously every two weeks. Rituximab is sometimes used in combination with chemotherapy. Surgery is another rarely used Hairy cell leukaemia treatment to remove the spleen.

Leustatin and Nipent are the purine analogues and are approved as the first line of therapy for the Hairy Cell Leukemia Treatment. Since the effect of the P.A.s Pentostatin and Leustatin were discovered in HCL patients, treatment with these drugs currently remains the standard of care.

Leustatin is approved for the active Hairy Cell Leukemia treatment as defined by clinically significant anaemia, neutropenia, thrombocytopenia or disease-related symptoms and Non-Hodgkin’s Lymphoma. It is approved as the first line of therapy according to the NCCN guidelines. Cladribine results in prolonged complete remissions in most patients who have HCL.

Pentostatin is also considered the first line of therapy purine analogue recommended by NCCN guidelines. It got approved in 1991 by the U.S. Food and Drug Administration. Although early approaches were carried out in refractory CLL, Pentostatin, a product of Streptomyces antibiotics and a pharmacologic inhibitor of adenosine deaminase (ADA), was introduced as the first P.A. in the therapy of HCL in the 1980s.

Similarly, Lumoxiti, is the first in class therapy approved for the Hairy cell leukaemia treatment. It is the first treatment option for patients in over 20 years. It got approved in September 2018 by the U.S. Food and Drug Administration as the third line of therapy. It is a conjugated monoclonal antibody, which works by delivering a toxic substance directly to the cancer cells, limiting its effects on healthy cells. This is the first drug of this type approved to treat people with HCL.

Lumoxiti fills an unmet need for patients with hairy cell leukaemia whose disease has progressed after trying other FDA-approved therapies. This therapy is the result of important research conducted by the National Cancer Institute that led to the development and clinical trials of this new type of treatment for patients with this rare blood cancer. It was granted Orphan Drug Designation and Fast Track Designation by the US FDA in the year 2018.

On the other hand, Roferon-A is a recombinant form of interferon alpha-2. This variant has lysine at position 23 and histamine at location 34. Interferon-alpha binds to type I interferon receptors (IFNAR1 and IFNAR2c) which, upon dimerization, activate two Jak (Janus kinase) tyrosine kinases (Jak1 and Tyk2). It is approved for the treatment of Hairy Cell Leukemia.

To overcome current unmet needs in the Hairy cell leukaemia market and to provide better Hairy Cell Leukaemia treatment options, several companies are working vigorously on developing new therapies with a novel mechanism of action, including Ibrutinib (Johnson and Johnson) & Vemurafenib (Roche) which are expected to enter Hairy Cell Leukemia market by 2028.

Ibrutinib (Imbruvica) is a first-in-class, oral, once-daily therapy that inhibits Bruton’s Tyrosine Kinase (BTK). It blocks signals that translate malignant B cells to multiply and spread uncontrollably. It is currently in the Phase II stage for the Hairy Cell Leukemia Treatment. It is also approved for the Mantle cell lymphoma (MCL); Chronic lymphocytic leukaemia (CLL); Chronic lymphocytic leukaemia with 17p deletion and Waldenstrom’s macroglobulinemia (W.M.). The launch of Ibrutinib in June 2021 is expected to increase the HCL market share.

Vemurafenib (Zelboraf), under development by Roche (Genentech), is an orally available, ATP-competitive, a small-molecule inhibitor of BRAF (V600E) kinase being developed as the first line of therapy. It is currently in the Phase II stage for the treatment of Hairy Cell Leukemia. It is also approved for the treatment of patients with unresectable or metastatic melanoma with BRAF V600E mutation as detected by an FDA- approved test and Erdheim-Chester disease (ECD). It is expected to be launched in April 2021 and has a significant market share. 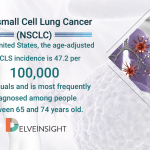 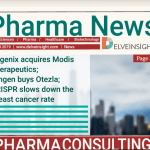